Robert Joined the Adelaide South Rotary Club in 2012 but had been actively involved as a Friend of Rotary while his wife Bev Clark was a Member of Adelaide South and twice President.

He took part in fundraising activities, social events and attended meetings for at least 10 years before becoming a member in his own right.

As the Adelaide South Club was shrinking Robert took on the role of President three times and when not President he was Community Service Director, and with the help of the club, achieved projects to feed homeless at Hutt St Centre, worked on property improvement for Catherine House refuge, and building of community gardens in Whitmore Square.

Robert started his working life as a Chef, went on to own his own Restaurants and managed Pubs and Restaurants both in the UK and Sydney. Robert then stayed home for a period while their two boys started school and then he joined his wife in her Law firm where he became the Business Manager. He did this for over 20 years and retired in 2018.

Robert enjoys any hands-on project where Rotary is demonstrated to the public and even likes doing BBQs although some may consider him to be over qualified – especially when we see him crack eggs for breakfasts.

In his spare time Robert has been Assistant Governor at District level for nearly four years, but will retire from this role at the end of his term in 2020 to concentrate on helping our new Adelaide Central club get up and running.

Robert believes that the launch of Adelaide Central, the product of the merge of two clubs, to be a very worthwhile enterprise as it is already bringing a new vitality to two long standing clubs.

Otherwise if he can get any spare time Robert can be found in a park or paddock flying model gliders. 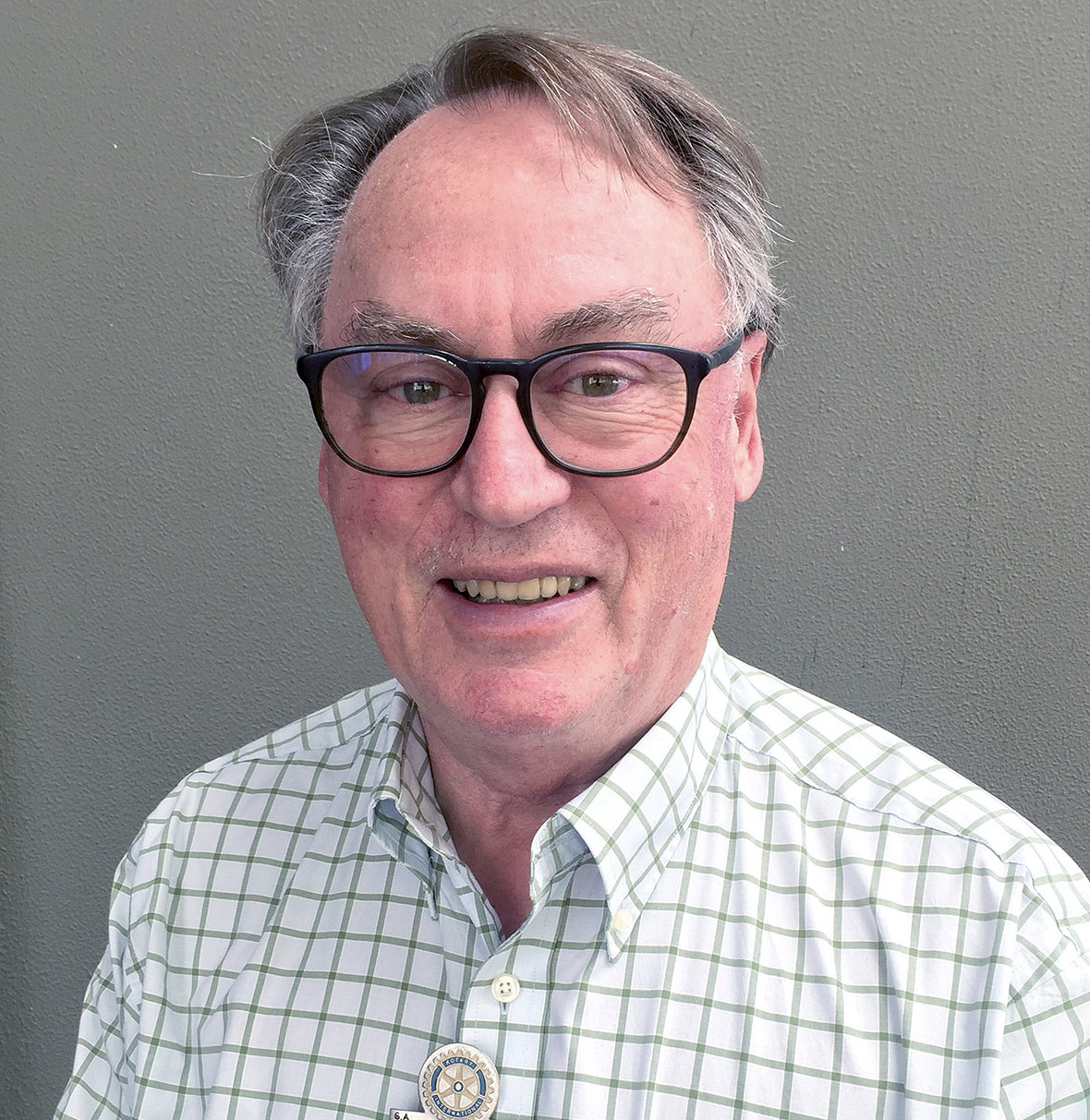