News around Rotary - be Inspired!

Rotary Adelaide Central was again delighted to be invited by the City of Adelaide, following a 3 year COVID generated hiatus, to be back on the BBQ for Ride2Work Day 2022.

Setting up in Hindmarsh Square from 6am in the morning, our dedicated Club members prepared for the onslaught of 400 or so cyclists participating in this year's National Ride2Work Day promotion.

We provided tasty Bacon, Egg and Cheese Breakfast Muffins to all attendees, plus offered a vegetarian and gluten free option.

As you can see from the photos, we had a ball. The fellowship for our Club members was wonderful and all worked together like a well oiled machined. Our thanks also to the Rotary Club of Somerton Park for the loan of their Trailer BBQ.

It was nice to see so many of our City of Adelaide workers getting back into their offices in the city on their 2 wheel transport.

Thank you to all Rotary Adelaide Central Club Members and volunteers involved in making the Event a success including in Alpha order:- 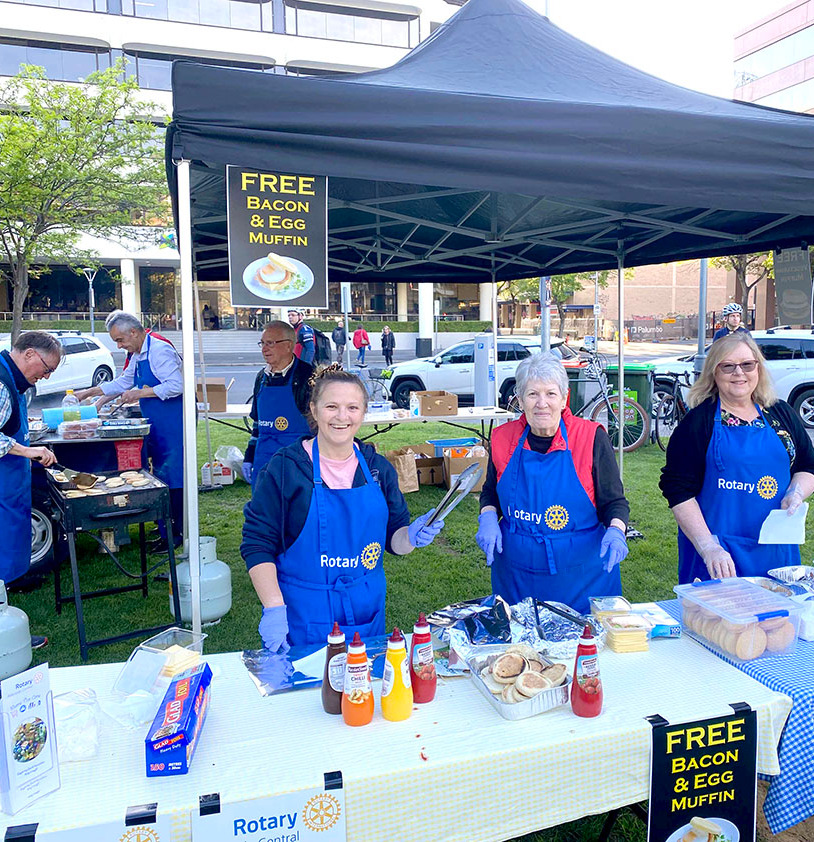 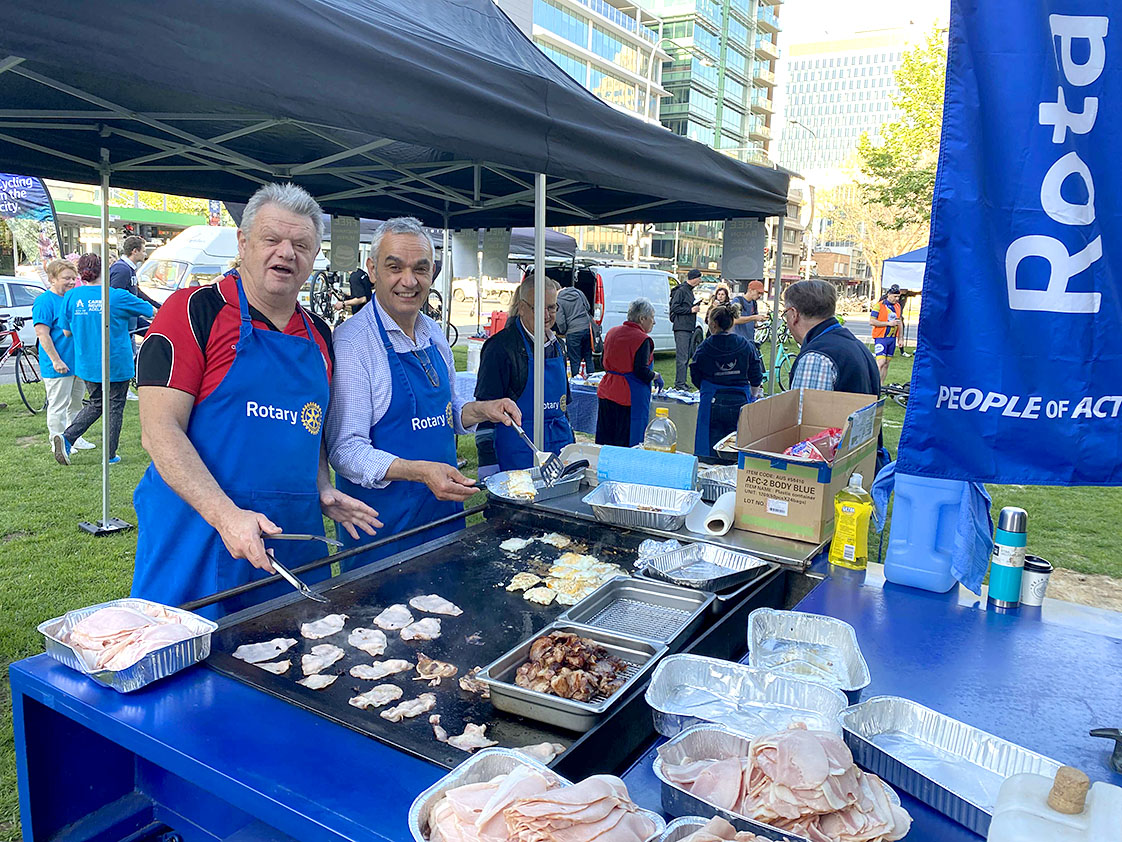 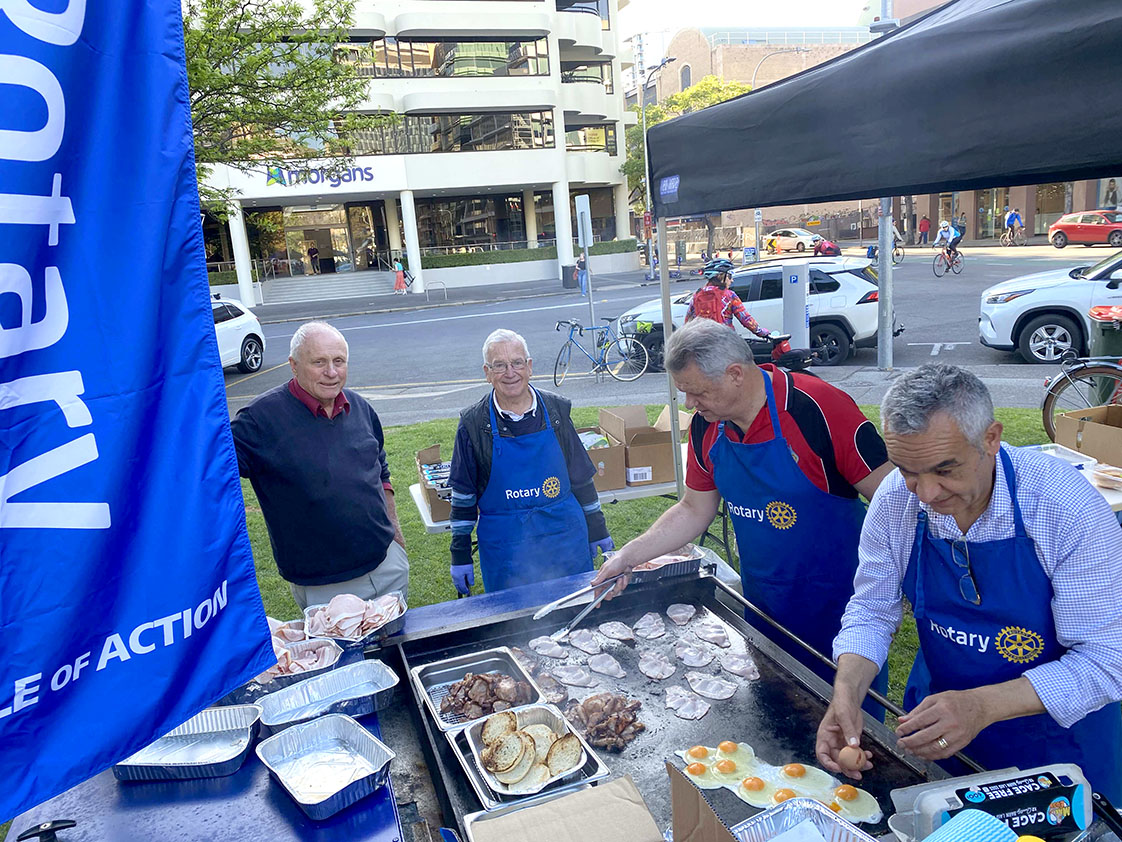 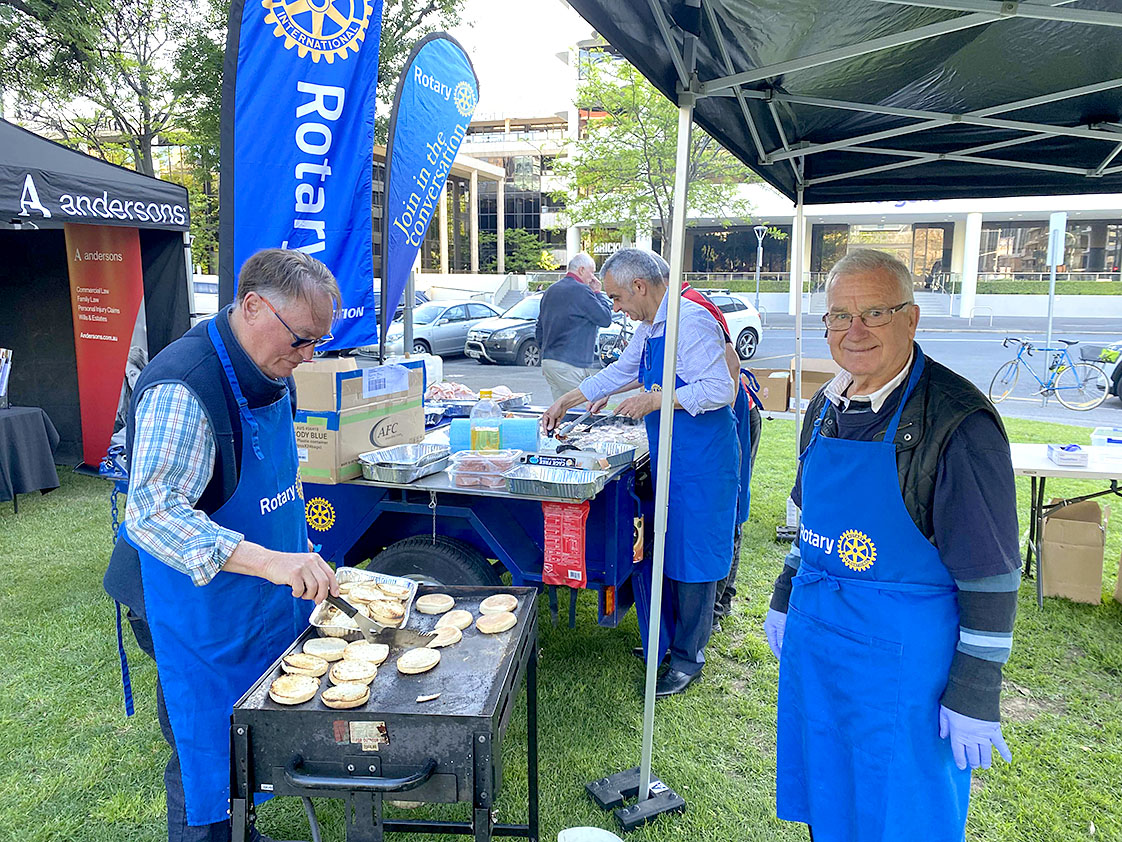 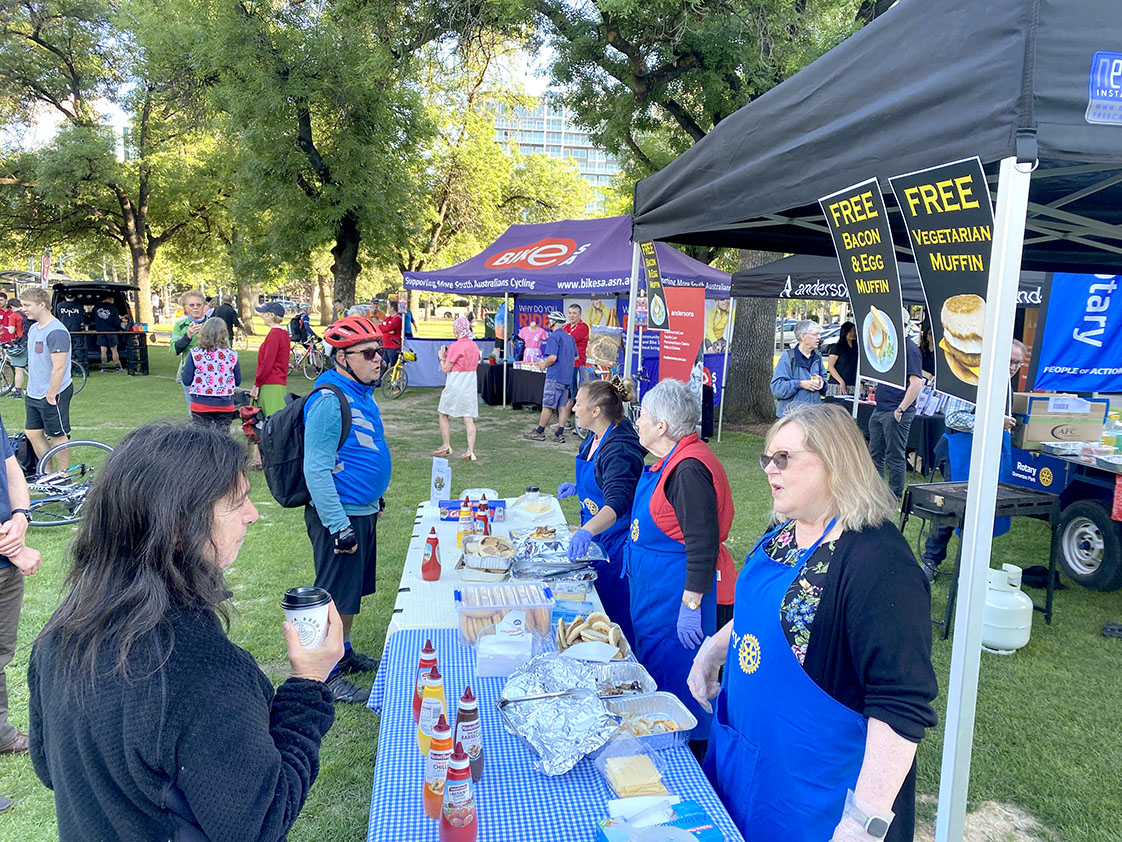 Eileen, Glenda and Michelle served a consistent flow of customers throughout the couple of hours, as other cycling displays also interacted with these enthusiastic cyclists.