There are three beneficiary communities for this project who live in the Northern Dubte province of Ethiopia (350 miles from Nairobi), one of the most arid and hottest inhabited places on the planet. The region is home to around two million nomadic or pastoralist people.

The project is to build 3 twin birikuts or cisterns to capture and store water - one in each community.

None of the communities have permanent water sources. Water is currently provided by members of each community, primarily women, walking to the nearest source of water (usually a communal well) and collecting in 25 litre containers with the aid of donkeys or camels as pack carriers, and where these are not available, the women  carry the water themselves. A round trip to collect water by these means takes between 6 to 9 hours.

The birikuts will be built close to the communities, allowing far closer and easier access. Based on previous builds, a twin birikut can support a community of 300 households for up to 3 months.

The detrimental effect of the current means of collecting water is reflected in the difficulty of maintaining reasonable standards of hygiene and sanitation as well as in the health of women. Since it is mainly their job to collect the water they are exhausted daily and hardly get time to rest, look after their children or engage in community activities.

The birikuts are built underground such that when rain falls it is channeled into the inlet through a silt trap that removes larger pieces of debris, then into a second chamber where the water is cleanest. The community have a big involvement in the labour needed for building.

The interior is lined with masonry, sealed with cement and the storage is covered with corrugated iron.

The community fence the structure to prevent animals or children approaching. In the prolonged absence of rain the structure can be filled by water tanker.

By comparison a borehole would be enormously expensive, may need to be drilled to more than 350 metres, and would require a pump, with accompanying cost & maintenance for fuel & repair. 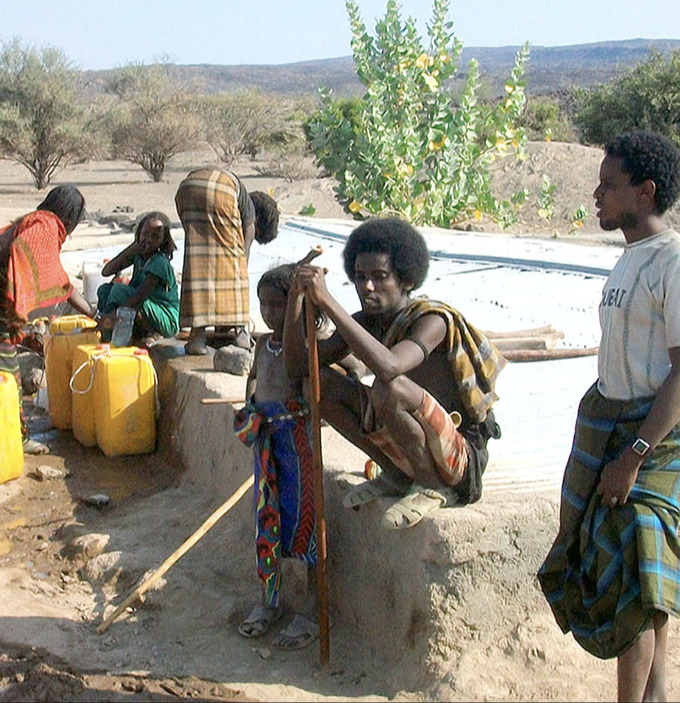